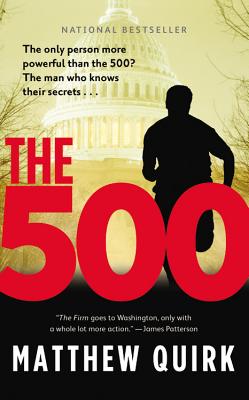 "A thundering David-and-Goliath tale of corruption...This is a real page turner, with high stakes action that doesn't stop. Expect this to be one of the season's most talked-about debut thrillers. A sequel is in the offing and will be much anticipated."—Michele Leber, Booklist (Starred Review)

"Quirk's engaging first novel transplants the milieu of Grisham's The Firm to the world of political lobbyists...Quirk supplies just enough characterization and journalistic detail of Washington, D.C. life to ground his story as he launches into a streamlined, gripping man-on-the-run thriller."—Publishers Weekly